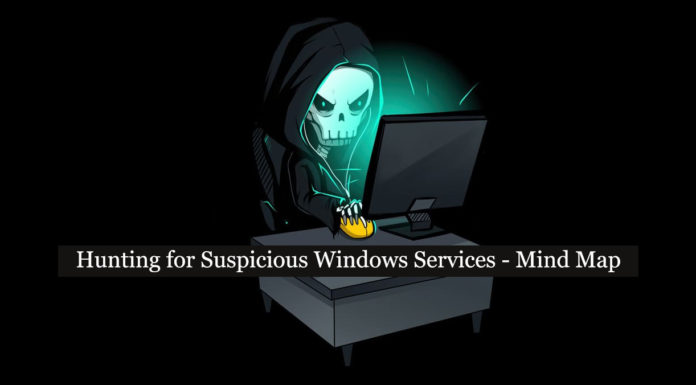 As part of its normal operations, the typical Windows PC runs dozens of common services. The essence of the malware game these days is hiding in the shadows, which means that everything may be exploited. Security Analysts may believe that they can distinguish the difference between benign and malicious Windows services; however, some of these services are hard to recognize.

The tougher it is for security administrators to identify malware that is hidden, especially if it appears to be genuine Windows activity. The newest attacks leverage the same or comparable Windows services capabilities that attackers have previously exploited, and they work on even the most recent versions of Windows.

We have a handful of mitigation strategies herein that we have probably never seen before, but malware authors are increasingly targeting them.

i) Rules based on the remote service using legit windows built-in utilities:

For example, an attacker is executing an “sc” command to create remotely a new service “remotesvc” on the destination host that persists system reboot and executes cmd.exe. From the source machine, we can observe logs for sc.exe connecting to a remote host, and source|destination ports are both dynamic RCP port numbers [TCP 49152-65535].

The following are the most noteworthy observed occurrences on the target machine:

Create a rule based on standard remote service creation with sysmon event ID:

ii) Rules based on the remote service using external utilities:

For an attacker to go laterally and broaden the compromise, third-party utilities like psexec, paexec, psexec_psh, remcom, etc., are highly beneficial. For example, if the psexec service is installed on the destination host. The remote session is started from source to destination. In this case, Event ID 5145 will be logged on to the destination host. The event will be logged since a network share object was checked to see whether the client can be granted desired access.

Enable a rule based on the utility psexec service along with the Event ID and with the related event ID fields.

Hunt for network interactive login followed by whenever a new service was installed in the system with the same logonid. Because, whenever a login is initiated, there will be a unique logonid which will be logged in every following winevent log until the session ends.

Hunt for the process which attempts an account logon by explicitly specifying that account’s credentials along with the process name “sc.exe”

When attempting to gain access to a Remote Desktop Gateway, the attacker will almost certainly be encountered with such a restricted environment. As part of the connection establishment, an application is launched on the terminal server. It could be a Remote Desktop Protocol connection window for local resources, Office Packets in File Explorer, or any other software.

The attacker wants to get access to the command execution process in order to run CMD or PowerShell scripts. Several tried-and-true methods for escaping the Windows sandbox may be useful here.

Hunt with the below-mentioned Windows/Sysmon Event IDs along with the mentioned process names.

Now day’s attackers are mostly targeting to gain Privilege as a first step since after that they can execute more stuff.

Hunt for the new process creation along with the below-mentioned process path and the parent process needs to be “services.exe”

Vulnerable Service: EventID 4688 or Sysmon 1 or EDR telemetry-Process Path=”c:\users\\*” or “c:\\programdata\\*” (depend on DAC on it’s subfolders) and parent process name=”services.exe”

4-Suspicious Path (excluding some of the known “trusted” paths):

Security engineers should be familiar with known process paths to exclude from the alert. Or else False positives will be creating noise and fill the pool.

Hunt for the process where the parent process is “services.exe” by excluding the known process path.

One technique to execute programs remotely and have them persist beyond system reboots is to interact with Windows services remotely. It can be done with a variety of tools such as sc.exe, WMI, etc.

Monitoring sc.exe process execution command line and network connections are good but not resilient enough and can be bypassed easily as detection because adversaries rename sc.exe to something else and run it from another folder.

Enable rules based on below mentioned 2 queries to detect the attack effectively.

Hunt for the below-mentioned target object i.e “servicedll” where the process is not of ”services.exe”.

Most of the security analysts will conclude the alert as False Positive if they are seeing the parent process as windows services. We need to make sure that the executed command line is a valid process and whether it can be executed from the parent process.  The detection rules listed above will be effective for the blue team.