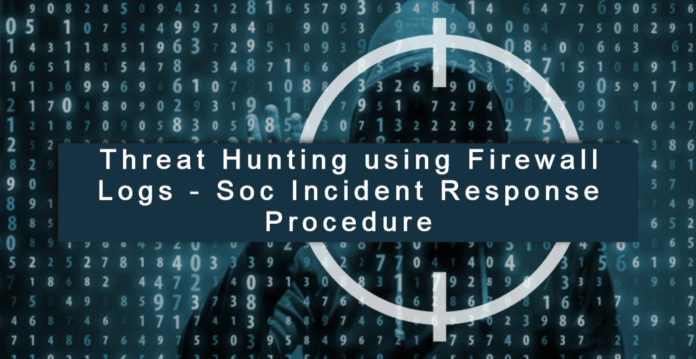 TCP Build connections, Bytes Transferred to External Unkown IPs, Port Scans !! Oh Bad !! What to Look for on logs? A firewall is a network security device that monitors incoming and outgoing network traffic and determines whether specific traffic should be allowed or blocked based on a defined set of security rules.

A firewall might be hardware, software, or a combination of the two. For more than 25 years, firewalls have served as the first line of defense in network security. They establish a barrier between secured and controlled internal networks that can be trusted and untrusted outside networks, such as the Internet.

Objective: The mission of this hunt is to identify the scanning attempts from/to a malicious IP and the cases related to IP attacks. IP scanning is a common attack that is done worldwide to get into the machine with the open ports/breaking the rules/pushing the server to downstate. Assuming your company firewalls were put up in accordance with your security organization’s policies, you should be able to understand the following:

Log management is important, but log analysis is even more important. Start with what you have, even if there are very few logs from the firewall.

How DKIM SPF & DMARC Work to Prevent Email Spoofing and...