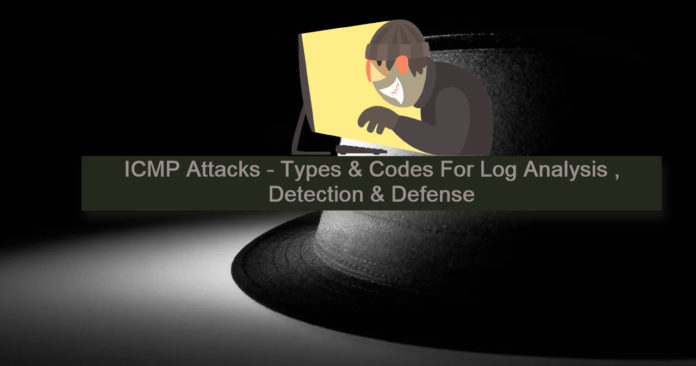 Internet Control Message Protocol (ICMP) is used for reporting errors and performing network diagnostics. In the error reporting process, ICMP sends messages from the receiver to the sender when data does not come through as it should. Within the diagnostic process, ICMP is used to send messages that are used by ping and traceroute to provide information regarding how data is transmitted. It is a classic example of a client-server application.

It can be used to show:

The protocol is also frequently used by Internet managers to verify correct operations of End Systems (ES) and to check that routers are correctly routing packets to the specified destination address.

ICMP and ping are two different things although they are related. ICMP is a protocol that controls how messages are sent between devices. The echo requests and replies the ICMP protocol sends are commonly referred to as pings. So while a ping is produced using ICMP, it is not ICMP.

Many of these ICMP types have a “code” field. The types are listed below, along with the code fields that correspond to them.

How Does ICMP Work?

ICMP is a unique protocol. No connection is formed. The message is sent in a straightforward manner. Furthermore, unlike TCP and UDP, which specify the ports to which data is carried, the ICMP message has no information that directs it to a specific port on the device that will receive it.

Why do we need ICMP?

PING: A ping is comparable to a traceroute, however it is easier to use. It shows how long data takes to travel between two places.  Sends ICMP Echo requests and monitors ICMP Echo replies.

The devices that a packet of data passed through on its way to its destination are displayed in the report when the traceroute is utilized. The traceroute also shows how long it takes for the data to go from one device to the next. The traceroute information can be used to determine which devices along the route are causing delays.

The ICMP protocol is also used to investigate network performance. Even though analysts are using the ICMP most of the time, hackers will put their dirty hands to target machines via ICMP attacks. An ICMP flood, a Smurf attack, and a ping of death attack are used to overwhelm a network device and prohibit regular performance.

How to Detect ICMP Tunneling:

How to Prevent ICMP Tunneling:

Since ICMP is important for maintaining stable network connections, limiting all ICMP traffic can be problematic. Threat intelligence-identified malicious endpoints and domains can be blocked at the perimeter. Firewalls can also be configured to prevent outbound pings to external endpoints and only allow fixed-sized ICMP packets through.

Attack based on it:

An attacker uses a spoofed or forged IP address to send an ICMP packet in a Smurf attack. When network equipment responds, each response is forwarded to the falsified IP address, inundating the target with ICMP packets. When a type 8 is sent, a type 0 is returned, and when an echo request is sent, an ICMP echo reply is sent.

Filters should be applied on L3 devices to prevent them from responding to broadcast addresses.  And to prevent address spoofing, implement filters on routers and firewalls. A LAN segment should be assigned an IP address, and communication should be dropped if the originating machine’s IP address is not in the range of IP addresses assigned to the segment.

An ICMP flood bombards the target resource with ICMP Echo Request (ping) packets, sending them as quickly as possible and without waiting for responses. Because the victim’s servers will frequently attempt to respond with ICMP Echo Reply packets, this form of attack can use both outgoing and incoming bandwidth, resulting in a large overall system slowness.

Sending an ICMP echo request (type 8) to target hosts should prompt them to react with ICMP echo reply messages is a standard approach to discover hosts on the network. To determine a live host, network topology, OS fingerprinting, ACL detection, and so on, multiple ways within the ICMP can be used.

ICMP blocking is a difficult task. Spend as much time as possible learning everything there is to know about it. After that, you’ll be able to build your view and form an opinion on what’s better for your network.