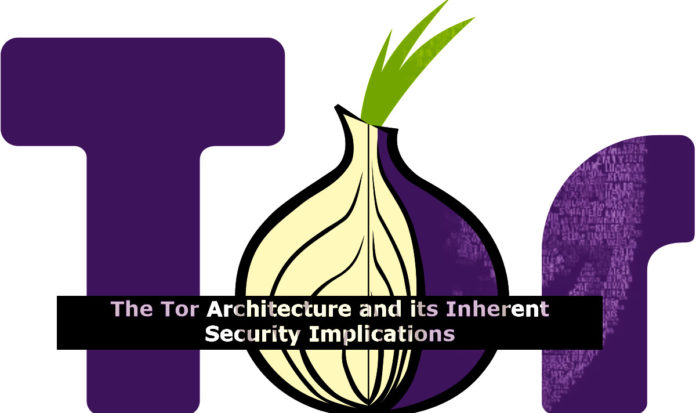 Tor network is the least-worst option for protecting your privacy in a web browsing context, in its highest security mode.

In the olden days, spy agencies use the dark web to silently share their details. Although the dark web is known for being a hazardous site where narcotics are sold and mobsters are hired, it can also be a secure way to browse the internet if your privacy is a major issue. It’s simple to use the Tor Browser.

Even the most famous websites and web applications are hosted in via “onions” on the dark web. so that they can be accessed via the TOR browser. CIA has officially announced that the onion site is one of several ways individuals can contact them.

The Onion Router, also known as Tor, is a network that allows users to remain anonymous online and avoid being tracked. With a customized Mozilla Firefox ESR web browser, you can connect to the Tor network. Tor hides the user’s true identity, allowing them to browse the internet anonymously. It shields the user from network eavesdropping and traffic analysis.

The Invention of TOR:

The Onion Router (TOR) is a network that routes your traffic through random nodes, encrypting it each time to make it impossible to track and it’s maintained and accessed using the Tor browser. Although this may appear to be an extreme method of surfing the web, such protections are becoming increasingly important.

Tor is probably the most popular and secure anonymous internet connectivity option. Here we’re going to discuss the Tor network, which is used to access the TOR browser.

Before entering into the concept of how TOR circuit formation is done, let’s explain the names of the 3 nodes.

The network becomes more secure and speedier as the number of nodes increases. When a user selects their path through the Tor network, they select a minimum of three nodes.  There are three special types of Tor nodes in any connection:

The relay nodes’ sole purpose is to unwrap more layers of perfect forward secrecy. You’ll have one node in the middle of your Tor circuit by default, but you can increase it if you like. Just keep in mind that each node you add to your Tor circuit lengthens the time it takes for your communications to reach its destination.

The exit node is the node that communicates with the target system. Nodes must volunteer to serve as exit nodes, for an important reason. The target system sees the exit node as the source of the traffic headed to it. For this reason, the operators of exit nodes are frequently accused of causing whatever activity Tor users engage in using the network. This results in many inquire from law enforcement and leave exit node operators explaining how Tor works to investigators over and over again. The operators of Tor nodes perform a public service that helps keep the network running smoothly. Tor would not function without these nodes.

Using the triply-encrypted method described above, the circuit is ready to send and receive data.

Few programs use the TOR network to provide anonymous solutions. Those are mentioned below:

The Tor Browser developed by the Tor project officially is the most popular client. The application is based on Mozilla Firefox’s stable ESR version, with add-ons from NoScript and HTTPS Everywhere together with Tor-specific control and installation components. For Windows, macOS, Linux, and Android, this client is available.

The live operating system Tails, designed for IT security, data protection, and anonymity, conducts all Internet traffic through the Tor network by default. In addition, the Tor Browser is a standard package pre-installed in Tails.

OnionShare is a service enabling anonymous and safe data exchange using the Tor network. This software can be used in the operating systems: Windows, macOS, and Linux.

Onion Browser is a mobile browser for Apple iOS and is also designed as open source. In contrast to the Tor Browser, this software uses WebKit rather than Mozilla’s Gecko engine due to the platform.

Is the TOR network is really secured?

Tor is often used by individuals who are aware of privacy and who want to avoid surveillance, but it is not perfect. Simple errors can render hours of cautious privacy protection unnecessary, so it’s worth taking special precautions when browsing with Tor. Here are a few things that you really should look for:

Tor has vulnerabilities that can be exploited:

As with regular web browsing, a security bug can always compromise your web browser. Although contemporary browsers, such as the Tor Browser based in Firefox, offer excellent exploit protection, the kinds of adversaries that aim for Tor users will also exploit browser stockpiles that browser providers do not know fully about (“zero-day” bugs).

The timing-based statistical techniques may de-anonymize your traffic:

Another concern for security is when the entry and exit relays both exist on the same autonomous Internet system as if both IP addresses are owned by the same network operator. If so, this network operator is able to use timing statistical techniques to determine the origin of a specific network request from a specific computer. This technique is hard to implement, so only governments can usually pull it down. It can also be expensive, so usually it is not an issue, apart from high-value targets.

Tor will not protect you from sophisticated methods of fingerprinting:

Unencrypted is the final part of the communication:

How to effectively use TOR:

Tor is frequently promoted as a way to surf the internet anonymously. Tor is a popular means to achieve substantially more anonymity than you would typically have online, from human rights activists evading oppressive governments to drug dealers selling through online markets. Tor, on the other hand, isn’t perfect, and if used wrongly, it might give the impression of security.

What is Port Forwarding and the Security Risks?