Security Investigation Be the first to investigate
Home SIEM IOC vs IOA: Indicators of Threat Intelligence 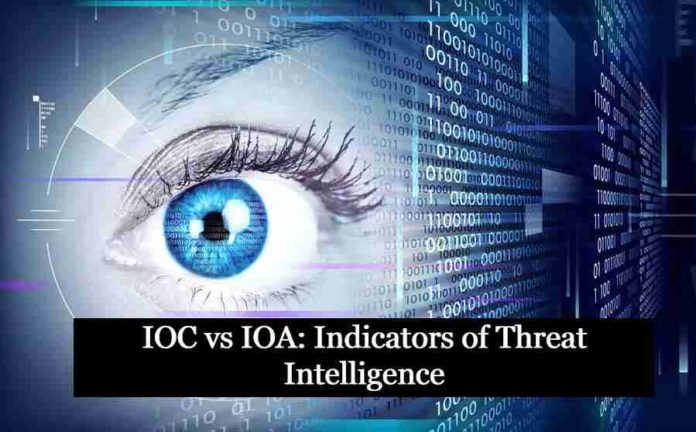 SOC analyst usually uses IOC and IOA in day-to-day work. MSPs are undergoing a change to improve their security stack, often known as layered security. We are going to see, what role does threat monitoring play in IOAs and IOCs, and how does the MSP/SOC benefit.

What is an Indicator of Attack (IOA)?

Regardless of the malware or exploit used in an attack, indicators of attack (IOA) focus on detecting the intent of what an attacker is trying to accomplish. An IOC-based detection approach, like AV signatures, is unable to detect the growing dangers from malware-free intrusions and zero-day vulnerabilities. Systems that detect IoAs, on the other hand, work in real-time to detect exploits as they happen, rather than conducting after-the-fact investigations to uncover the signs of a breach. These systems are capable to:

What is an Indicator of Compromise (IOC)?

In the forensics industry, an Indicator of Compromise (IOC) is evidence on a computer that suggests that the network’s security has been compromised. Investigators typically collect this information after being notified of a suspicious incident, on a regular basis, or after discovering odd network call-outs. This data is ideally collected in order to develop “smarter” systems that can detect and quarantine suspicious files in the future. Systems that work by detecting IoCs are reactive. They examine events after they have occurred, essentially identifying problems after they have occurred. Specific after-the-fact markers are included in IoCs to certify a breach of a company’s defenses, such as:

Which is more effective? IOC or IOA:

As said above, IOC will be gathered after the exploitation. As a SOC analyst, we will collect all those IOCs like IP, Domain, etc., and will be blocking it in our firewall perimeters. There is no rule or it doesn’t mean that attackers will be using the same IOC in another exploitation. IOCs will be changing regularly. But the pattern of how they are attacking will be the same in much of the cases. For example, emotet phishing attempts used the same pattern of phishing email to spread the malware worldwide. This is known as IOA. To be honest, we consider IoA is more effective than IoC. However, we must not underestimate the value of IoC because they have their own set of advantages.

Also Read: What is Port Forwarding and the Security Risks?

When risks are recognized inside an environment, IoAs is said to provide faster, earlier detection, increased accuracy, and the capacity to quickly evaluate threats. While this is accurate and extremely possible, it is uncommon to observe in the actual world due to the difficulties of the intelligence integration challenge, as well as the governance and maturity challenges within a bigger business. To be successful, adding IoA intelligence on top of a security plan demands a high level of commitment. Organizational priorities frequently divert focus to other areas.