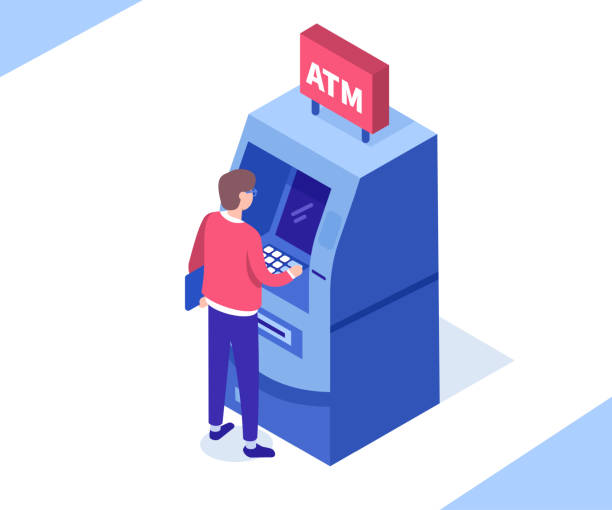 The Mandiant Advanced Practices team has tracked the UNC2891 threat actor. Through these examinations, Mandiant has found extra methods, malware, and utilities being utilized by UNC2891.UNC2891 interruptions seem, by all accounts, to be monetarily inspired and at times spread over quite a long while through which the actor had remained to a great extent undetected.

UNC2891 exhibited familiarity and mastery in Unix and Linux conditions, generally through the focusing of Oracle Solaris-based frameworks with TINYSHELL and SLAPSTICK secondary passages. Mandiant discovered a previously unknown rootkit for Oracle Solaris systems that UNC2891 used to remain hidden in victim networks, we have named this CAKETAP.

One Variant of CAKETAP manipulated messages transiting a victim’s Automatic Teller Machine (ATM) switching network. It is believed this was leveraged as part of a larger operation to perform unauthorized cash withdrawals at several banks using fraudulent bank cards.

Extensive Use of SLAPSTICK and TINYSHELL Backdoors

Mandiant noticed UNC2891 utilize the Pluggable Authentication Module (PAM) based secondary passage they tracked as SLAPSTICK to help with credential harvesting, and to give indirect access to compromised machines in victim organizations.SLAPSTICK provides persistent backdoor access to infected systems with a hard-coded magical password, it also logs authentication attempts and corresponding passwords in an encrypted log file. Although SLAPSTICK log files were often timestomped, Mandiant was able to decode them and trace some of the actor’s lateral movement activities through the usage of the backdoor provided magical password.

Alongside SLAPSTICK, UNC2891 often installed a custom variant of the publicly available TINYSHELL backdoor. UNC2891 TINYSHELL backdoors leveraged an external encrypted configuration file and some variants included additional functionality, such as the ability to communicate via a HTTP proxy with basic authentication.

In line with the group’s familiarity with Unix and Linux based systems, UNC2891 often named and configured their TINYSHELL backdoors with values that masqueraded as legitimate services that might be overlooked by investigators, such as systemd (SYSTEMD), name service cache daemon (NCSD), and the Linux at daemon (ATD).

In the case of the systemd variant, UNC2891 also leveraged systemd service unit files for persistence of the TINYSHELL backdoor.

To keep their network of TINYSHELL connections hidden, UNC2891 had installed and configured a rootkit to filter out these connections from network connection-related APIs (keep reading for details on the CAKETAP rootkit).UNC2891 configured remotely accessible systems with TINYSHELL backdoors that used dynamic DNS domains for their external command and control channel.

These domains were created per-host and were not used more than once, the subdomains sometimes resembled the hostname of the compromised machine. Mandiant was unable to collect passive DNS data for these dynamic DNS domains, suggesting that UNC2891 had likely enabled IP resolution for short periods of time when access to the network was required.

At one victim, these TINYSHELL backdoors were configured to perform communications using TCP over ports 53 and 443, likely as a mechanism to bypass outbound network protections, blend in with existing traffic, and evade detection.

UNC2891 often made use of the STEELCORGI in-memory dropper which decrypts its embedded payloads by deriving a ChaCha20 key from the value of an environment variable obtained at runtime. In many cases, Mandiant was unable to recover the requisite environment variables to decrypt the embedded payloads. However, in the limited samples we were able to decrypt, UNC2891 had deployed different versions of an extensive toolkit which appears to be developed under the name SUN4ME. SUN4ME contains tools for network reconnaissance, host enumeration, exploitation of known vulnerabilities, log wiping, file operations, as well as common shell utilities. Yoroi has previously published information about this toolkit following our previous blog post on UNC1945’s usage of STEELCORGI.

Mandiant discovered UNC2891 leveraging a similar in-memory dropper that also used environment variables to decrypt its embedded payload but instead relied on RC4 encryption, we have named this STEELHOUND. In addition to functioning as dropper for an embedded payload, STEELHOUND is also able to encrypt new payloads by encrypting a target binary and writing it to disk along with a copy of itself and an end-of-file configuration.

During these investigations, Mandiant also discovered a family of keylogger malware we have named WINGHOOK and WINGCRACK.

Mandiant previously observed UNC1945 use a large amount of different public and private tools during their intrusions, and this was also true for UNC2891. Mandiant discovered additional utilities that were leveraged by UNC2891:

CAKETAP is a kernel module rootkit that UNC2891 deployed on key server infrastructure running Oracle Solaris. CAKETAP can hide network connections, processes, and files. During initialization, it removes itself from the loaded modules list and updates the last_module_id with the previously loaded module to hide its presence.

A hook is installed into the function ipcl_get_next_conn, as well as several functions in the ip module. This enables CAKETAP to filter out any connections that match an actor-configured IP address or port (local or remote).

One way to identify CAKETAP running on a Solaris system is to check for the presence of this hook. The following shows an example command to identify a hooked ipcl_get_next_conn function (Note: The mdb command may require special permissions on the system):

The output in a clean SPARC Solaris system would look similar to the following:

A hooked function would begin with the sethi instruction as follows (the constant 0x11971c00 will change from instance to instance depending on where CAKETAP is loaded):

Additional hooks are installed into the mkdirat (make directory at) and getdents64 (get directory entries) system calls. CAKETAP uses the mkdirat hook to receive commands from paths containing the signal string.  Commands include configuring network filters, display or update its configuration, and to unhide itself. The getdents64 hook enables CAKETAP to hide files or directories on the file system containing the secret signal string. Table 4 contains the signal strings for the CAKETAP hooks.

The mkdirat hook enabled UNC2891 to control and configure CAKETAP through existing backdoor access to compromised servers by issuing shell commands that leverage these system calls (e.g. mkdir for mkdirat). A single character appended to the signal string indicated which command was to be executed. The following commands were observed:

For example, to configure a new network filter and display the current configuration, the following commands might be used:

The hook installed into getdents64 filtered output to hide the presence of the signal string in directory contents.

Memory forensics from one victim’s ATM switch server revealed a variant of CAKETAP with additional network hooking functionality that intercepted specific messages relating to card and pin verification. Evidence suggests that this variant of CAKETAP was used as part of an operation to perform unauthorized transactions using fraudulent bank cards.

Based on Mandiant’s investigation findings, we believe that CAKETAP was leveraged by UNC2891 as part of a larger operation to successfully use fraudulent bank cards to perform unauthorized cash withdrawals from ATM terminals at several banks.

UNC2891 maintains a high level of OPSEC and employs several techniques to evade detection. The actor uses their skill and experience to take full advantage of the decreased visibility and security measures that are often present in Unix and Linux environments. Mandiant expects that UNC2891 will continue to capitalize on this and perform similar operations for financial gain that target mission-critical systems running these operating systems.

The following YARA rules are not intended to be used on production systems or to inform blocking rules without first being validated through an organization’s own internal testing processes to ensure appropriate performance and limit the risk of false positives. These rules are intended to serve as a starting point for hunting efforts to identify samples, however, they may need adjustment over time if the malware family changes.