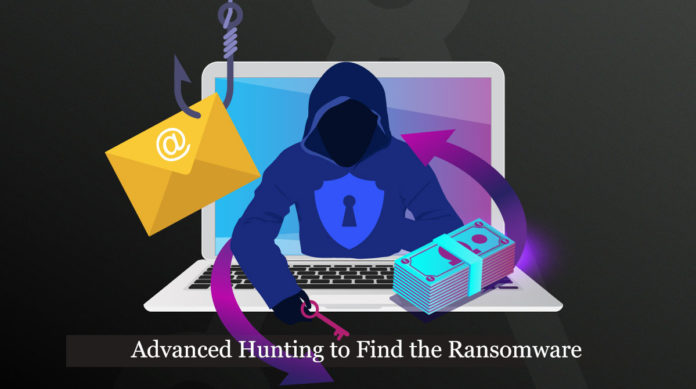 The cyberworld is constantly threatened by malicious ransomware, hence it’s becoming more trendy, recent attacks like the colonial pipeline proves that it’s just the beginning of an era of ransomware war as attackers take advantage of cloud delivery models like Software as a service (SaaS) Platform-as-a-Service (PaaS) to run ransomware as a service and targeting the organization.

The ransomware attacks around the globe have gone up by 102 percent in 2021 compared to 2020. Further, the statistics reveal that India is the most impacted country with 213 weekly ransomware attacks per organization which is 17 percent up from the beginning of the year.

Hunting ransomware needs a more proactive and reactive approach to detect and defend it, many researchers keep on analyzing the root cause for the ransomware, but attackers easily trick to disable the antivirus without attracting the attention of incident responders or security operations centers (SOCs).

Ransomware attacks often involved in an activity such us

The below listed are the common artifacts that have been observed in many ransomware.

Taskkill.exe: windows internal service used to end one or more task or processes

| where FileName =~ “net.exe” and ProcessCommandLine has “stop”

The Turn off services is used by attackers to evade locks by various applications and prevent security software from disrupting encryption and other ransomware activity.

wevtutil: An command-line utility used to retrieve information about event logs and used to install and uninstall event manifests.

// Look for use of wevtutil to clear multiple logs

Shadow copy is a technology used to create backup copies or snapshots of computer files or volumes,

Attackers are used to Destroying drive shadow copies that can be used to recover encrypted files.

Schtasks.exe: An command-line utility to create, delete, query, change, run, and end scheduled tasks on a local or remote computer

Regedit.exe: An command-line utility used to view and edit keys and entries in the Windows registry database

The attacker used to turn off System Restore and other system recovery options.

//Looking for schtasks.exe as the created process

The above mentioned are some commonly observed artifacts used by attackers to encrypt, prevent detection, and clear forensic evidence. Hence it clearly states that the prevention of ransomware attacks needs both a proactive and reactive approach, the above-mentioned indication or sign helps you to create queries that locate individual artifacts associated with ransomware activity.